I will try do describe the problems that i faced, while installing the parrot-groundsdk repo workspace to my ubuntu VM.

The steps i took are the following :

To solve this problem, i followed this link https://forum.developer.parrot.com/t/olympe-repo-wont-link/12608
and execute the following commands.

I repeated the installation by executing the following commands : 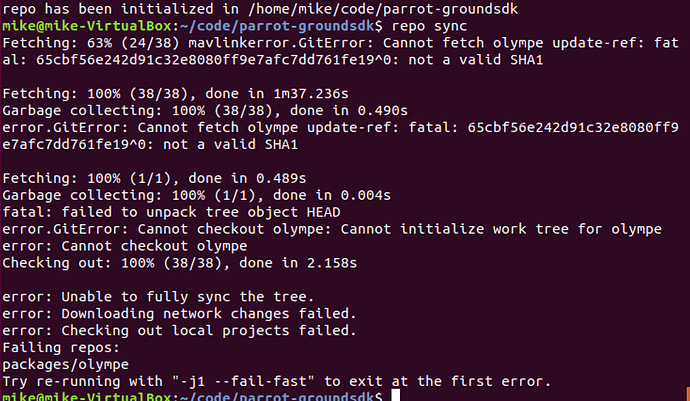 i run again the command with the suggested parameters as follows

[part2]
… and this is the outcome when executing the command 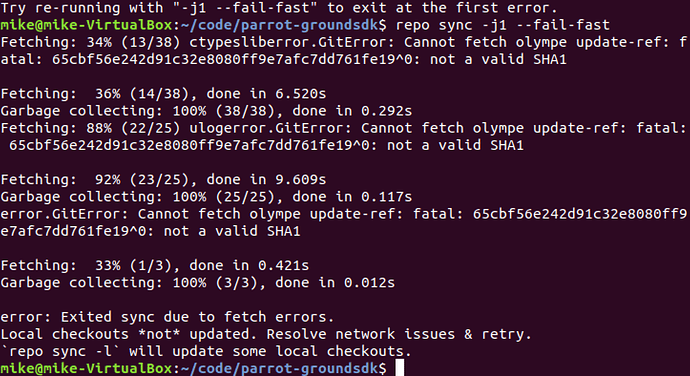 try to run it again with proposed parameters as follows:

and this time i get the message

This step has finished successfully.

The next step now is to build the olympe-linux

after accepting the end user licence aggrement the build starts end ends with the following error: 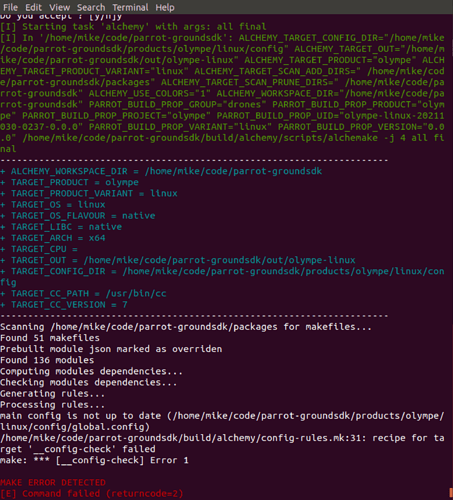 Am i missing something on these steps ?
Any help on this, is more than welcome !!!

Hi
you can check my post on Olympe v8.1. installation on ubuntu 20.0. lts. it works fine except i have an issue while handling a method using open cv .